I Salute You: Make Up For Ever Full Cover Concealer in #2 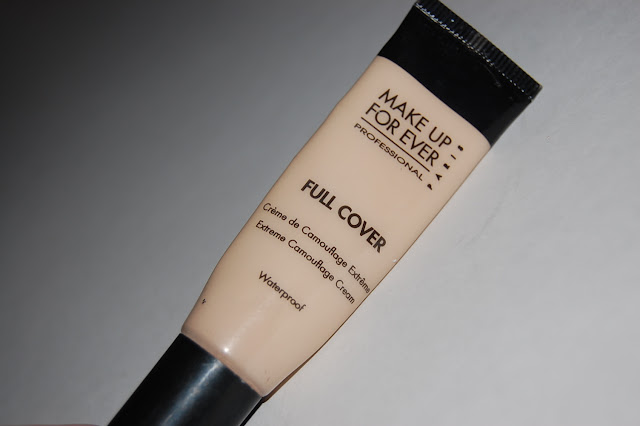 I'm back from vacation as you can probably tell. I am going to start a new series of sorts.. a tribute, I guess you could say, to the most amazing products that if they were alive, real, and walking.. I would most definitely salute them for all that they do. This is the first installment!
Stating a little bit of the obvious but, this is the Make Up For Ever Full Cover Concealer in #2. I have had this concealer for well over 3 years (sounds like a long time when i actually write it.. like probably it should have been in zee garbage..). Any who... I love this concealer. It for me is like magic in a 22$ tube. It is waterproof, which translates into sweat proof .. which translates into perfect for me, since I live in Florida. It doesn't cake up for me, glides on to my skin like a dream. 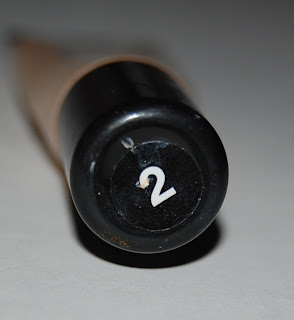 Onto the color. I must say that now since I have started to use self tanner and lay out in the sun a little bit.. it doesn't quite match me. A tad too light. But when I was a perfect NW10 it matched me to a tee! It is cool toned but not overly pink.. it carries a neutral quality to it.. whilst still being cool toned! Now onto my biggest pet peeve. They discontinued this shade in the United states. What the heck MUFE? I mean do they think we don't need it? Was it because not enough profits were being made off of this particular shade? Why did you do such a thing? I remember when I first heard about the news, I was on MakeupAlley. Fair skinned ladies of MUA were as devastated as I was. The worst part? Knowing there was no way that you could go rush out and get a backup because the only sephora in your area is closed for construction, and because it was removed from the website.
Well with all of the sadness aside. I salute you Make Up For Ever Full Cover Concealer In #2, for making me not look like a hormonal pimply teenager with bad skin or making my skin worse, and for not letting my face melt off in summer. For that I salute you. You made me look flawless.

(Seriously.. when I saw this I laughed for a longer period of time than I probably should.)
Posted by Megan at 9:25 PM 3 comments:

Labels: Concealer, Funny, I Salute You, Make Up For Ever

The Sun Drops Into The Water.. Now I, I'm Falling Into Summer Love 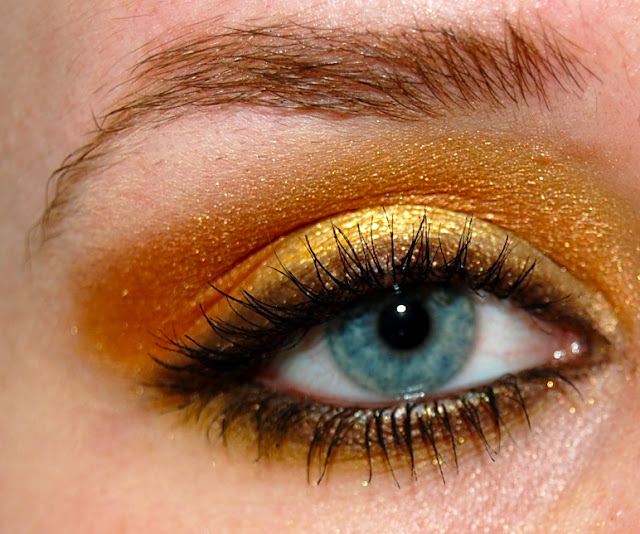 Really deep title, I know! It is a lyric from a song by "We the Kings" called "Summer Love". I am really looking forward to the rest of my summer because we are traveling and going to some really pretty, and cool places. I will make sure to take some pictures, because we are going up some scenic roads up the east coast of America. 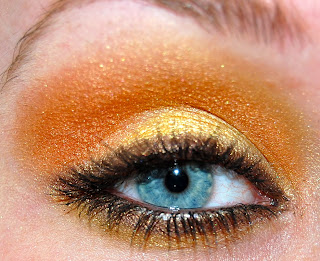 I been kinda slacking off in the EOTD department, and I thought I should start making it up to you all. I've never done anything like this before, in real life I it is a yellow smokey eye.. but I am pleased with how it looks on camera. I got inspired to do this mainly because of some of the problems that have been circulating through my life lately. Most to do with umm... relationship problems? Im going to stick with that. Mixed signals city much.. but I wanted this to resemble the summer. I live in Florida if you weren't aware, North Florida to be exact. So this reflects basically how my summer has been going. I just recently lost my dog.. and she was a yellow lab, The sunset over the beach, the numerous amount of flowers, and all of these things over the water. The colors of all of these things inspired me to do something like this. I like the way it turned out. It also could resemble the many fires that have been poping up like popcorn EVERYWHERE, but I will stick with the others. 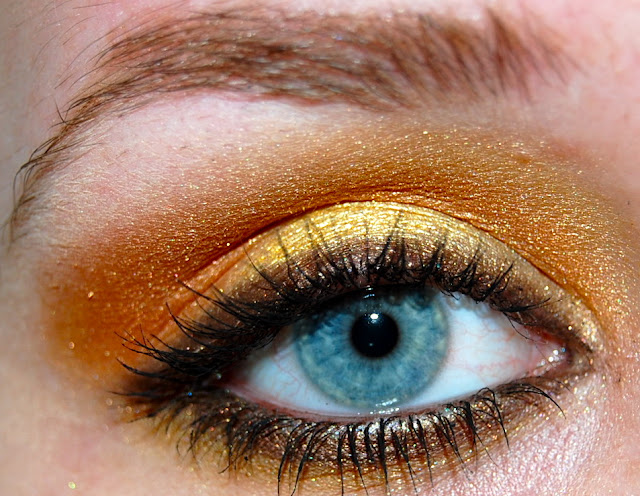 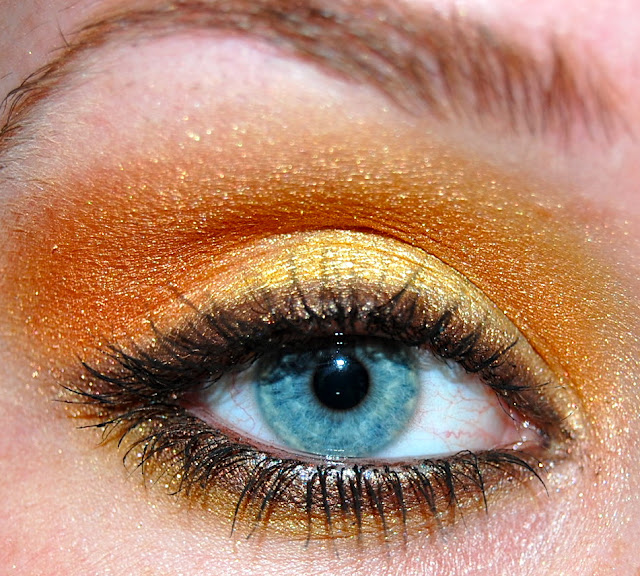 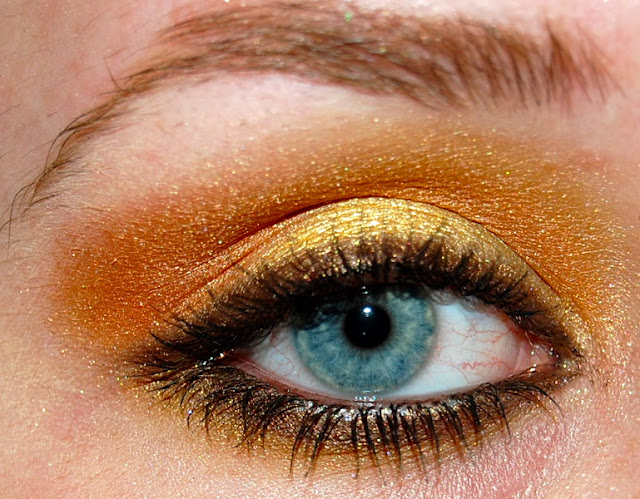 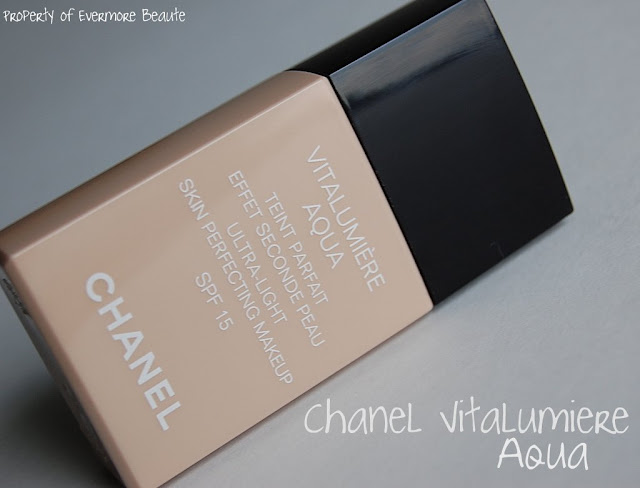 I Love trying out different foundations. There, I said it. And normally I would have yearned to try this one.. but because I was ( I did just use past tense! ) incredibly fair, I wouldn't have even considered it because they typically don't make foundations that will match the NW5-10 ladies of the world, and if they do they are either straight up white and are too thick for my taste. So I decided that I would get some color, wouldn't be that hard to get any sun.. I live in Florida.. though I had to be careful to not burn and actually get tan. Anyway.. this is just a long explanation to say that now I am around NW13-15 instead of NW7-10. That being said, I do have some strong pink undertones, but not terribly pink. I would say 80% pink, and the other 20% peach. Knowing all of this I picked up this foundation because I heard it was light coverage, and provided a natural finish. 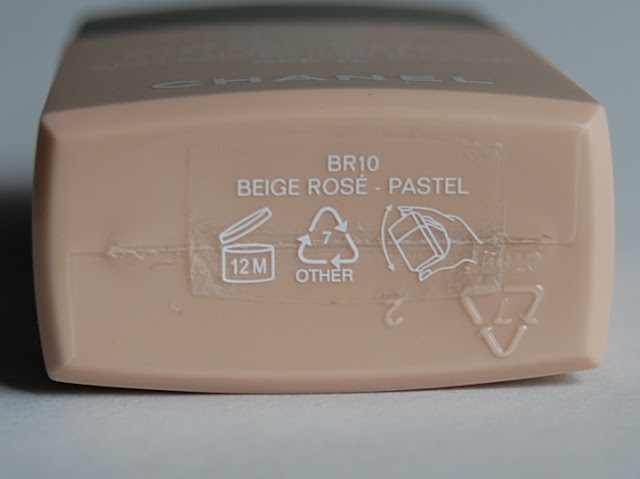 As I said before, and as you can see above I got BR10. The "BR" signifies beige rose which is pink toned, while purchasing just the "B", signifying beige, is yellow toned. I noticed in store that the "BR" shades run slightly darker than the "B" ones. I would say this one is a perfect MAC NW15. I found it to be a little to dark for me. I noticed that if I blended this out it would match my skin, but if I barely blended it.. I found myself to resemble some what of an Ompalompa :) 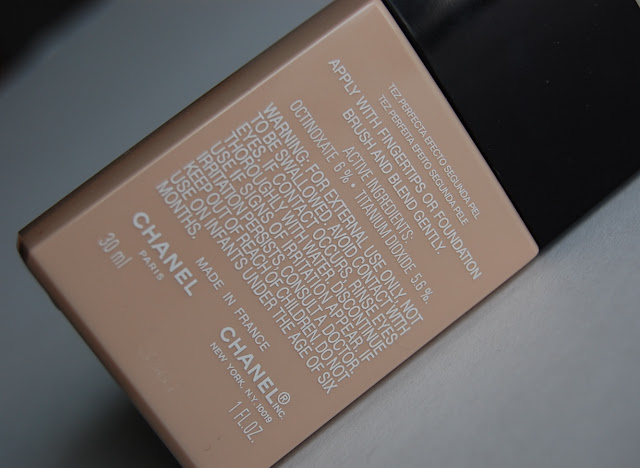 Shaking this foundation is crutial!! I tried it straight up from the squeeze tube at the counter and stared at the watery nasty-ness on the back of my hand. Then I read, duh, and shook it and it was normal. Since this foundation is water based (which is good for oily and acne prone skin) it feels better on your skin. If you try this foundation alongside a oil based one.. you just feel better about applying the water based one. This will sound strange, but you know that commercial that has a guy (?) sitting at the diner and a girl hands him his pie, and then she goes for the whip cream.. and she simply asks "Oil, or cream?" and then she says it again to bring home the point of the commercial. WTF would you want oil on your pie? WTF would you want oil on your face? Yeah I just compared a face to a pie. 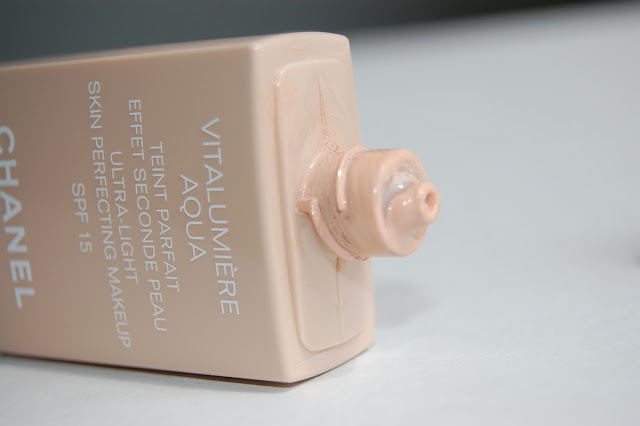 Many people out there on the beauty internet, from what i've seen at least, seem to complain about the packaging of this particular foundation. Its a squeeze tube, instead of one of Chanel's signature glass bottles. I actually like it, because the first foundation I ever tried was a squeeze tube.. I guess it brings back some nostalgia.. but I like that it gives you the control to decide how much product you want. I think it slightly modernizes Chanel foundations. It also makes it great for traveling, no glass means no nasty surprise in your suitcase or fear of being clumsy and dropping it. I guess most people thought for 45$ you would get fancy packaging. 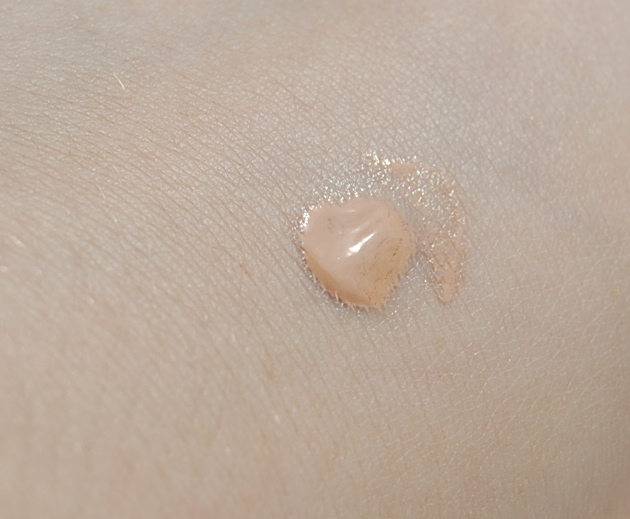 As you can see, above you can kind of see the separation of water based-ness mixed with the actual pigmentation of the foundation. 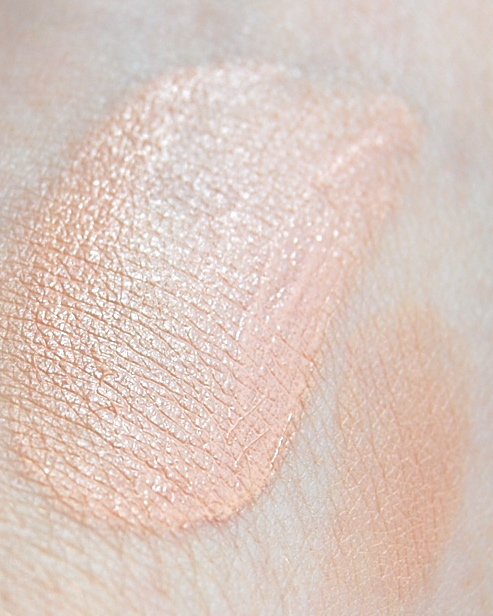 I expected this foundation to be a lot of things. I found in the end it has more of a definite light coverage, but the coverage really depends on how much you blend it. I read other peoples blogs before buying this on how it was light coverage, sheer coverage, and medium coverage. I know now that it all depends on  your preference. As for the finish, I would say a natural finish. By that I mean semi-matte. Though it has a slight matte finish to it, it still makes you look surprisingly glowy.. not so much dewy, but glowy.
I overall really like this foundation!! It wasn't love at first sight but when I let it set for a couple hours, I really found to love this! When I get a little more color I won't have to worry about blending though :) It feels a little heavier than a tinted moisturizer, which is good for daily wear.
Oh by the way, I found out I am going on a road trip!! We are leaving on July 23rd, and planning on going and stopping in Savannah, Georgia..Myrtle Beach, South Carolina.. Boford, North Carolina.. Washington DC, and the ultimately stop where we are all from Ohio. I will be trying out a bunch of different products, so yeah ;]
Have a lovely Day!
-Megan
Posted by Megan at 6:15 PM 1 comment:

Which one should I do next for my around the world series?

The best people ever!!